The guardians of the temple

The esf of yesterday and today 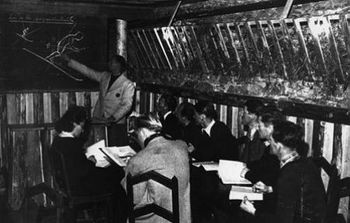 The esf story is that of women and men who share the same values of passion, responsibility, benevolence, enthusiasm and boldness.
A history that goes back to 1945, when the first school was created to train instructors who had adopted a technique "à la française".
Passionate and visionary, they want to give a real structure to their profession and defend it. Then, the Syndicat National des Moniteurs du Ski Français (SNMSF) was born.
There were 200 esf monitors in 1945. Today there are 17,000, all over the country.
300 new esf instructors graduate each year and are inducted during the "Rouge Légende" ceremony.
Since the first medal-winning instructor, Émile Allais, esf has never rested on its laurels and has developed its offer. The creation of kindergartens, the stars, new experiences are part of this history which is always in motion.

Thus was born the Syndicat National des Moniteurs du Ski Français (National Union of French Ski Instructors).
The esf history began long before the war with the premises of the birth of some schools in several French massifs but the true beginning began in 1945.
We are at the end of the Second World War. The country was healing its wounds, life was getting back on track... and the world of skiing was coming together for a better rebirth: the Syndicat National des Moniteurs du Ski Français (SNMSF) was created on November 13, 1945 in Aix-Les-Bains, at the instigation of Gaston Cathiard, the first president of the red jackets.
The adoption of a technique "à la française", a national ski school that trains instructors (there are one hundred and sixty-six graduates after the war, some of whom unfortunately did not return), ski schools that flourish (forty-one listed at the end of 1945) and a wind of enthusiasm that inspires a few passionate visionaries to structure a profession that is heading for white gold surfing... On November 13 1945,Gaston Cathiard, Lucien Amieux, René Beckert, Etienne Livacic, Jean-Marie Michaud, René Payot, René Rionda and André Tournier laid the foundations of the SNMSF, inspired by the ephemeral "Compagnie des Moniteurs" (Company of Monitors) born under the Vichy government, to which the "L'amicale des Moniteurs" was added for their social protection.
The purpose of the Syndicat National des Moniteurs du Ski Français, based in Grenoble, is to bring together French ski instructors teaching in France or abroad, to structure ski schools in a corporate manner, to organize the profession and to ensure its defense, both from the point of view of its general interests as well as its specificities and ethics.
Among the defined principles, one remains unchanged: each ski school keeps its autonomous local management, the National Syndicate organizes what cannot be done locally, in the interest of the instructors. On the solid foundations laid by these ambitious pioneers, the SNMSF has been able to keep watchful eye, sometimes against all odds, on the interests and evolution of the profession, which has become one of the most powerful corporations of this century…

The Syndicat National des Moniteurs du Ski Français was created november 13, 1945. Its role is to keep an eye on the interest and evolution of the profession and of the esf. 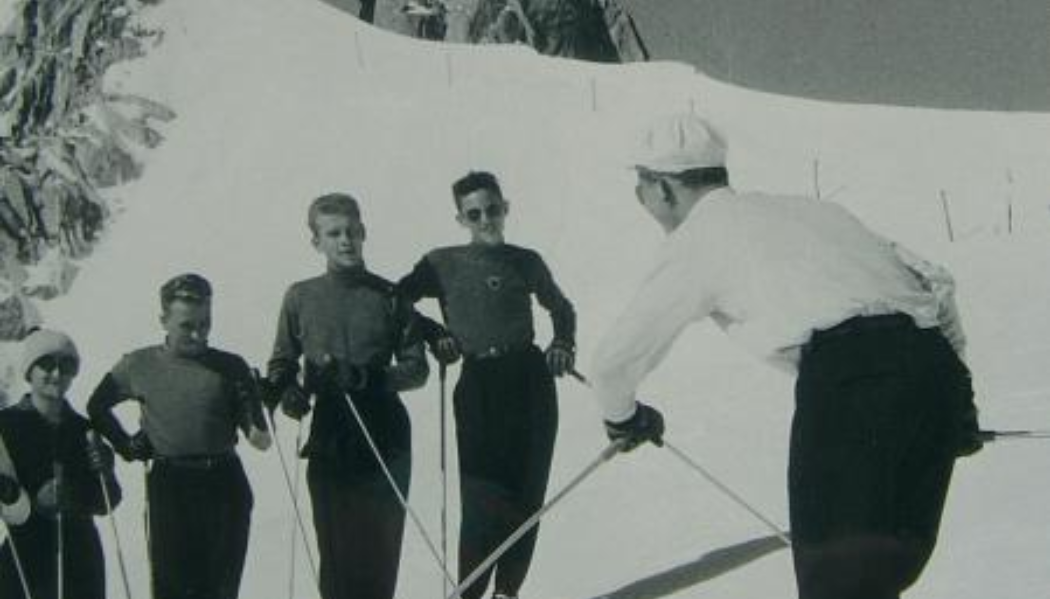 Its roles are multiple and have developed over the years:

For the public, it is the responsible for:

The guardians of the temple 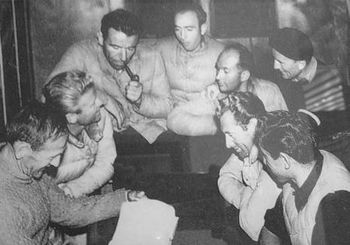 Since 1945, only five presidents have succeeded Gaston Cathiard, the founding father of the Syndicat National des Moniteurs du Ski Français (SNMSF), demonstrating, according to La Fontaine's adage, that "Patience and length of time are more than force or rage" …
Gaston Cathiard | The builder (1945-1969, esf Val d'Isère)
Born and raised in Uriage where he made his first slides, Gaston Cathiard was an undisputed leader, charismatic and inspired. His various professional experiences, from his father's grocery store in Félix Potin in Paris, to the snow in Chamrousse, Le Mont-Dore, Villard-de-Lans and Chamonix, where he was a guide for two seasons, taught him how to be a good listener.
Director of esf Val d'Isère (1942-1960), sensing the white gold rush, he succeeded in convincing people from Val d'Isère, Chamonix, Mégevette, Chablais, Dauphiné and the Pyrenees to unite to create the SNMSF. A year later, he was also at the origin, alongside Armand Charlet and Etienne Livacic, of the Syndicat national des guides... For nearly a quarter of a century, he made a major contribution to the renown of French skiing before leaving the keys to the red house of which "he laid the foundation", as Gilles Chabert said, and starting a brilliant career as an industrialist at Poma. Unfortunately, he passed away in the Himalayas in October 1983.
Germain Coco (1969 - 1974)
From 1965 to 1970, the number of customers doubled. The figures confirm the validity of this blue-white-red conception of the mountain's development.
Blue of France, white as snow and red as the jacket of the instructors who are among the "most active actors" of the evolution.
Edgar Coutaz (1974 - 1978)
"We, instructors, cannot remain unaffected in this era which will mark a very important turning point in the history of our profession".
Bernard Chevalier (1978 - 1994)
From the winter of 1986/87, esf has been training instructors in the practice and teaching of surfing, which led to immediate success . This could indeed be the motto of the disciplines gathered under the term "new glides".
Gilles Chabert (1994 - 2018)
"The instructor is the one who goes in front. In a corridor, off the track, he's the one who leads the way. We choose to take an instructor because he understands the mountain, the nature, because he has a perfect knowledge of the environment".
"Preserve our soul, offer dreams, make progress."
Éric Brèche (since 2018) 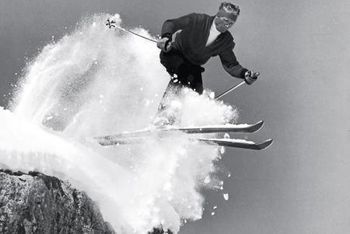 In fact, it should have gone to André Tournier. We are then at the Voza pass (Chamonix) in December 1937, and Émile Allais is an examiner for the first "real" instructor's exam, based on the french method he has just developed with Paul Gignoux (holders of the French Ski Federation diploma, if they want to continue to practice in France, must follow this new training).
"Tournier received the best score of the course. At the time of the distribution of the prizes, the jury of which I was a member decided to grant him the medal n°1." But then, the Chamoniard looked at me and said: "He is the one who deserves it, it is not me!" So he gave me the medal, which made me happy", Emile simply testified. A nice time…
For posterity, Émile Allais is therefore instructor number 1 (André Tournier being medal holder number 2).
The first world ski champion in history with his three gold medals in downhill, slalom and combined skiing won in Chamonix in 1937, a pioneer in the development of resorts and ski area management (first in South and North America and then in France), Émile Allais entered history as a legend in the epic of skiing and winter sports. If there was only one track left, it would be his… 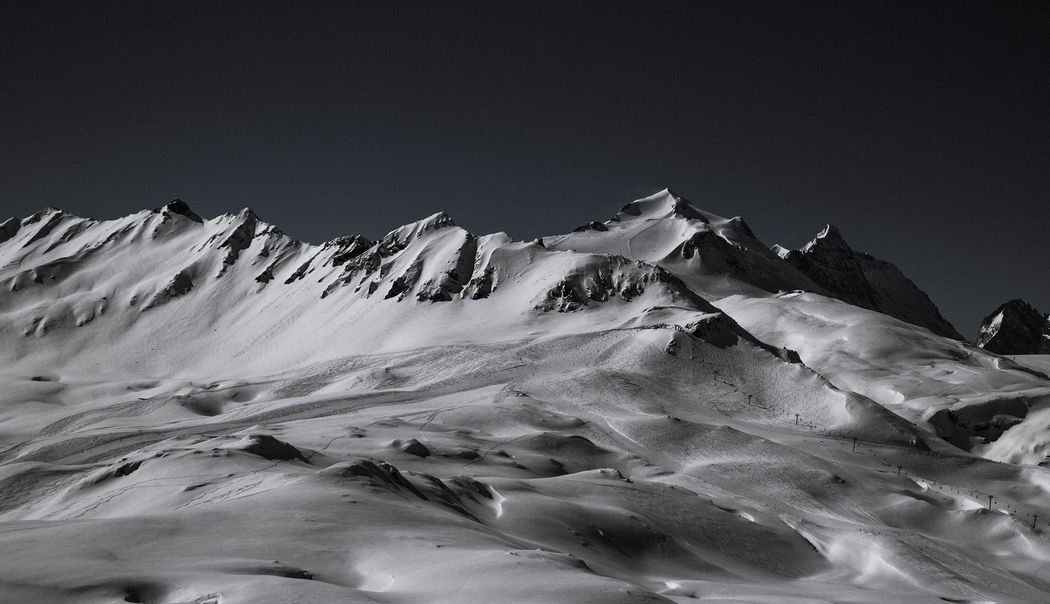 The first ski lessons were taught in the Vosges, at that time when territory was annexed by Germany, to train the Kaiser's soldiers. Paulcke teaches the two-stick method of skiing. The following year, the Ski Club Vosgien, was founded in Strasbourg.
1927
Charles Diebold from Strasbourg was the first to found a true ski school. The Cours de Ski Vosgiens, with tests prefiguring those of esf. The same year, the first Alpine school opens in Megève.
1933
The French Ski Federation organizes the first training course for instructors, resulting in a certificate.
1935
The schools of the Alsatian Diebold and the German Hermann merged and became the Ecole Française de Ski (french ski school) which teaches the Austrian Arlberg method in Courchevel, Moriond, Peisey-Nancroix...
1936
Léo Lagrange, Prime Minister of Sports, nationalizes the Ecole Française de Ski. Emile Allais, world champion, is appointed technical director and gets his own teaching method accepted.
1943
Creation of the Ecole Nationale de Ski (national ski school) in Alpe d'Huez.
1945
The Ecole Nationale de Ski is located in Val d'Isère. After two years, it is transferred to Chamonix and becomes the Ecole Nationale du Ski et de l'Alpinisme (ENSA).
In addition, on November 13, 1945, the Syndicat National des Moniteurs du Ski Français (National Union of French Ski Instructors) was created. 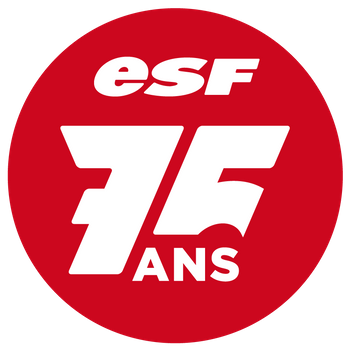 1969 : President Gaston Cathiard, founder of the Syndicate, hands over to Germain Coco. Over the next twenty years, the syndicate developed a network of 150 schools and set up a purchasing group and a provident fund.
From 1994 to 2018: Gilles Chabert is the president of the Syndicat National des Moniteurs du Ski Français. He is the fifth president since its creation.
2015 : 70th anniversary, the Ecole du Ski Français remains the largest ski school in the world. It conducts more than 800,000 tests per year for more than 2 million students.

An increasing evolution in the number of schools and esf instructors over time.
Sur-titre

Sous titre
This site uses cookies to measure its audience, and also to improve our services and facilitate its use by our customers. By clicking on « I accept » you help us improve it.Learn more
Deny
Got it
close